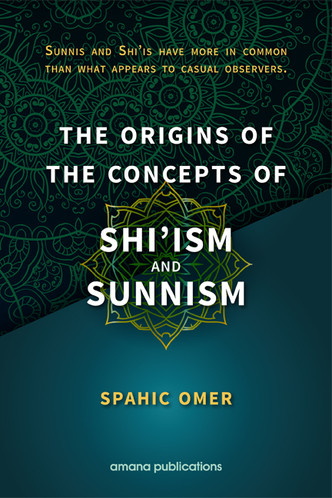 The Origins of the Concepts of Shi’ism and Sunnism

The Origins of the Concepts of
Shi'ism and Sunnism

This book examines the origins of the concepts of Shi’ism and Sunnism. It deals with the factors, personnel and circumstances that were most decisive in the creation and evolution of the two poles. The nature and scope of some early institutionalized Sunni-Shi’ah conflicts are also explored.

The book is divided into three parts. In the first part, the origins of Shi’ism between politics, creed and fanaticism are discussed. The question of whether there could be such thing as “Sunni Shi’ism”, and what exactly that would entail, is also asked and meticulously answered. In the second part, the subject of the origins and evolution of the concept of Sunnism (ahl al-sunnah wa al-jama’ah) is thoroughly examined. The religious, socio-political and historical contexts of the concept’s development are investigated. Finally, in the third part, the role of the Shi’ah Fatimids in intensifying and cementing Sunni-Shi’ah conflicts, specifically at the level of institutions, and the immediate repercussions of such role, are looked into. To what extent the realms of art and architecture have been employed for the purpose are also investigated.

Notwithstanding a few relatively sensitive aspects of the book, it has been researched and written in good faith. Nothing but an honest intellectual discourse was thereby intended, aiming to promote and advance the prospect of constructive Sunni-Shi’ah dialogue.

Dr. Spahic Omer, a Bosnian currently residing in Malaysia, is an Associate Professor at the Kulliyyah of Islamic Revealed Knowledge and Human Sciences, International Islamic University Malaysia. He studied in Bosnia, Egypt and Malaysia. His research interests cover Islamic studies, history and civilization, as well as the history and theory of Islamic built environment.