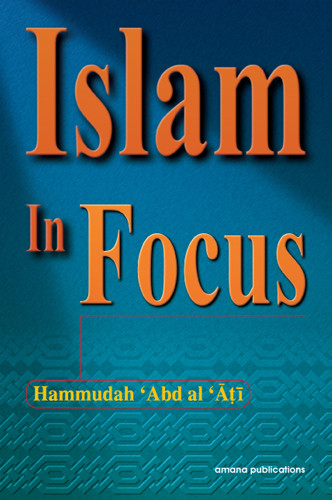 One of the best introductions to the basic teachings of Islam written by a scholar with rich scholastic achievements from Al Azhar, McGill and Princeton universities and practical Islamic field work in Egypt, USA and Canada.

DR. 'ABD AL 'ATI WAS born in Egypt April 1, 1928. He attended Al Azhar University in Cairo and received Al 'Aliyah (B.A.) degree in 1954. He then went on to receive his M.A. degree in Islamic Studies from McGill University (1957). He studied in the University of Alberta, Canada from 1961 to 1963. He received his Ph.D. in sociology from Princeton University on January 16, 1971.  In 1958, after receiving his M.A. degree, Dr. 'Abd al 'Ati briefly returned to Cairo to work for Al Azhar University's Islamic Culture Administration (Idarat al Thaqafah al Islamiyah). In 1960 Al Azhar University sent him back to Alberta Canada in North America where he became the first full-time director of the Islamic Center of Edmonton.  In 1967, he joined the faculty of Utica College (Utica, NY) of Syracause University as Associate Professor of Sociology. He passed away on Jumada al Akhirah 14, 1396 / September 19, 1976.  As a qualified Azhari scholar competent in English, for his time Dr. 'Abd al 'Ati was a pioneer of Islamic propagation (da'wah) in North America. He was a renowned lecturer and scholar who served as a resourceful consultant and advisor for many organizations and individuals both in North America and abroad.  In his short academic life, he wrote many articles and two books: the popular and time-tested Islam in Focus and the Family Structure in Islam (originally his Ph.D. dissertation).